Last Saturday, the monthly MSX Mariënberg meeting was held. We still had all the PlaySoniq, MIDI-PAC and MSX gear in boxes due to the Bonami retro fair that was held one week before. So we could easily also show a little demonstration in Mariënberg.

At the Bonami fair, people liked the PlaySoniq and the MIDI-PAC. For the PlaySoniq we had to convince people that it was actually a MSX that was playing Sega games. For the MIDI-PAC we’ve got questions about which CD’s we were playing (while we actually were demo-ing MSX games). This was also partly due to Tjeerd bringing his Yamaha XG wavetable MIDI module. Which actually blows away our simple Yamaha TG-300 tone generator.

We recorded a little video at Mariënberg to show the MIDI-PAC and the PlaySoniq working together. A big thank you to Filip Slagter who was willing to demo YS2 FM and Scramble Spirits on the PlaySoniq and MIDI-PAC combined. And Firehawk with the MIDI-PAC. we hope you like this video. But keep in mind that this demo was recorded with a phone (and the TG-300). A lot of the lower frequencies in the bass and drums sounds are therefore missing in the sound output.

Some users report that their FM-PAC is not working with the PlaySoniq. Others report that the joysticks are not working. For FM-PAC support you first have to activate the FM-PAC. After typing CALL MUSIC (or add this enty in the sega.bas file) everything works. Albert Beevendorp wil release a tool with which you can activate the FM-PAC from MSX-DOS. We hope to make this available soon. For joystick support you also have to edit the sega.bas file. By default only the keyboard is active. To change this, change line 120 by entering ‘ 120 OV=4 ‘ and save “sega.bas” again. Please note there’s an overlay matrix in the manual were you can check which option best suits your needs, or the game you want to play. PCEFAN reports that overlay code 3 works best in most situations. Just try and check the results for your configuration.

If you experience soft SCC sound, there a few ways around this. First of all, there’s a volume adjuster on the PCB which you can adjust to balance the SCC mixing. Please check the manual for details. To get full control over the audio mixing, also for mixing OPLL sounds with PSG, MSX with PlaySoniq and our upcoming MIDI-PAC we bought a Behringer VMX-300 3-Channel audio mixer. These can be picked up for about 50 euros at local or webbased trade-in markets. New it’s about 120~150 euros. We got ours for 50.

You can see the VMX-300 and the MIDI-PAC prototype in action here:

Tjeerd of WORP3 informed us that developments on the MIDI-PAC go well. And he wanted us to hear the progress already. Please note that the algorithms to convert MSX Music to MIDI out commands  are still being tweaked. The software to create mappings for MIDI instruments is also still under development. In the mean time please enjoy the following recordings (made with a Roland Sound Canvas SC 55):

Of course, in the end the final quality of the sound output will be determined by your equipment and instrument presets made.

Update October 2010: Please note that these audio files are in not representative anymore. The current quality that the MIDI-PAC can deliver is way better.

We just found out at the MRC that Kralizec is releasing their new game “Goonies ‘R Good Enough’ on the next 37th MSX users meeting in Barcelona, which will be held on June 19th in Barcelona. The first 35 buyers will get an official Goonies badge and a poster. The game is priced at 35 euro and the cartridge also contains a SCC and PSG in FPGA. Apart from being a great game, the best news is of course that this game also supports the MSX1 compatible screen mode of Franky ;-). Which could be nice for those users who have Franky and a MSX1, but no RGB output on the MSX1.  It’s also great for testing your Franky card.

There’s an old promo of the game on Youtube:

One of our happy Franky users, PCEFAN, has adjusted a lot of games so they work (better) on Franky. PCEFAN also made some custom loaders for different types of memory. Of course we can not host those games here. A solution would be to host the IPS patches instead. unfortunately we don’t have the ability to host files on this WordPress site. If you know a good place to hosts the patches please let us know.

The following games are manually adjusted (please note that you still need a loader tool):

We have a new ROM for the MSX audio upgrade board. This new rom ensures better compatibility with Compile disk based games, support for loading programs from hard disk and configurations with slot expanders and multiple hardware configurations. Some users experiences lock-ups in some cases. We tested these configurations with a real Panasonic MSX Audio cartridge and we experienced the same problems. It’s safe to say that our new ROM is now more compatible than the original MSX audio ROM! We also included the default Philips Music Module program in the same rom. Pressing ESC during boot will start the default Philips Program. Pressing TAB during boot will disable the ROM completely. Because the new ROM is twice the size of our original rom some adjustments on the PCB are also necessary. Existing users who bought their expander PCB from SuperSoniqs may apply for the new ROM and needed parts without additional costs. Please contact info@supersoniqs.com for details. All new orders will go with the new ROM and adjustments to the PCB, starting today.

Two days ago our prototype PCB’s for the MIDI-PAC came in from China. Shipping took much longer than expected so unfortunately we can not show a working product yet at the Dutch MSX fair in Nijmegen tomorrow. We made some pictures of the first assembled board, cartridge and art for the cartridge so you can at least have a sneak peak: 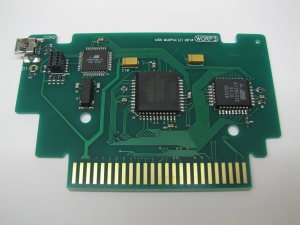 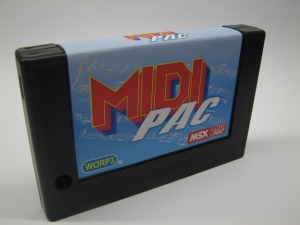 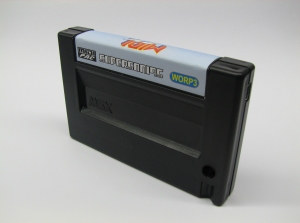 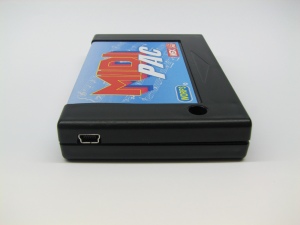 We keep you posted about our developments. Now it’s time to work on the software again!

Bifi has updated his Franky development page with new conversion tools for cross development from Armando Pérez Abad. These are binaries for Linux, OS-X and Win32 of:

These tools can be downloaded from http://bifi.msxnet.org/franky/

Albert Beevendorp (better known as BiFi in the MSX community) just informed us that he has put a developer webpage for Franky online. On this page you will find the latest development tools to program for Franky Mode 4. New tools are currently in development and will be released in the near future. Links to other Sega Master System development tools and information that is useful for developing on Franky is also present. Please check http://bifi.msxnet.org/franky/ for details. Thanks BiFi!

Armando has send us a new version of the Franky example code. the following routines are new or changed:
The code and rom can be downloaded here:  fsc2v2.zip